Ricky the Clownfish is an orange and white Squishmallow from the Sealife Squad.

Living up to his species, Ricky knows how to make all the other Squishmallows laugh! Catch him at his next open mic night and see for yourself!

Ricky is an orange fish with two large white stripes, one above his face and one in line with his orange fins. These stripes are lined in black. His belly is also white and he has two black eyes and a smiling mouth with small dimples. 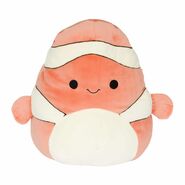 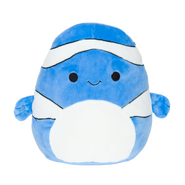 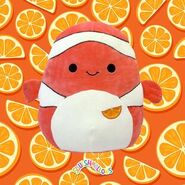 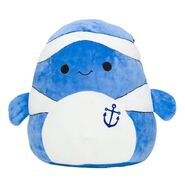